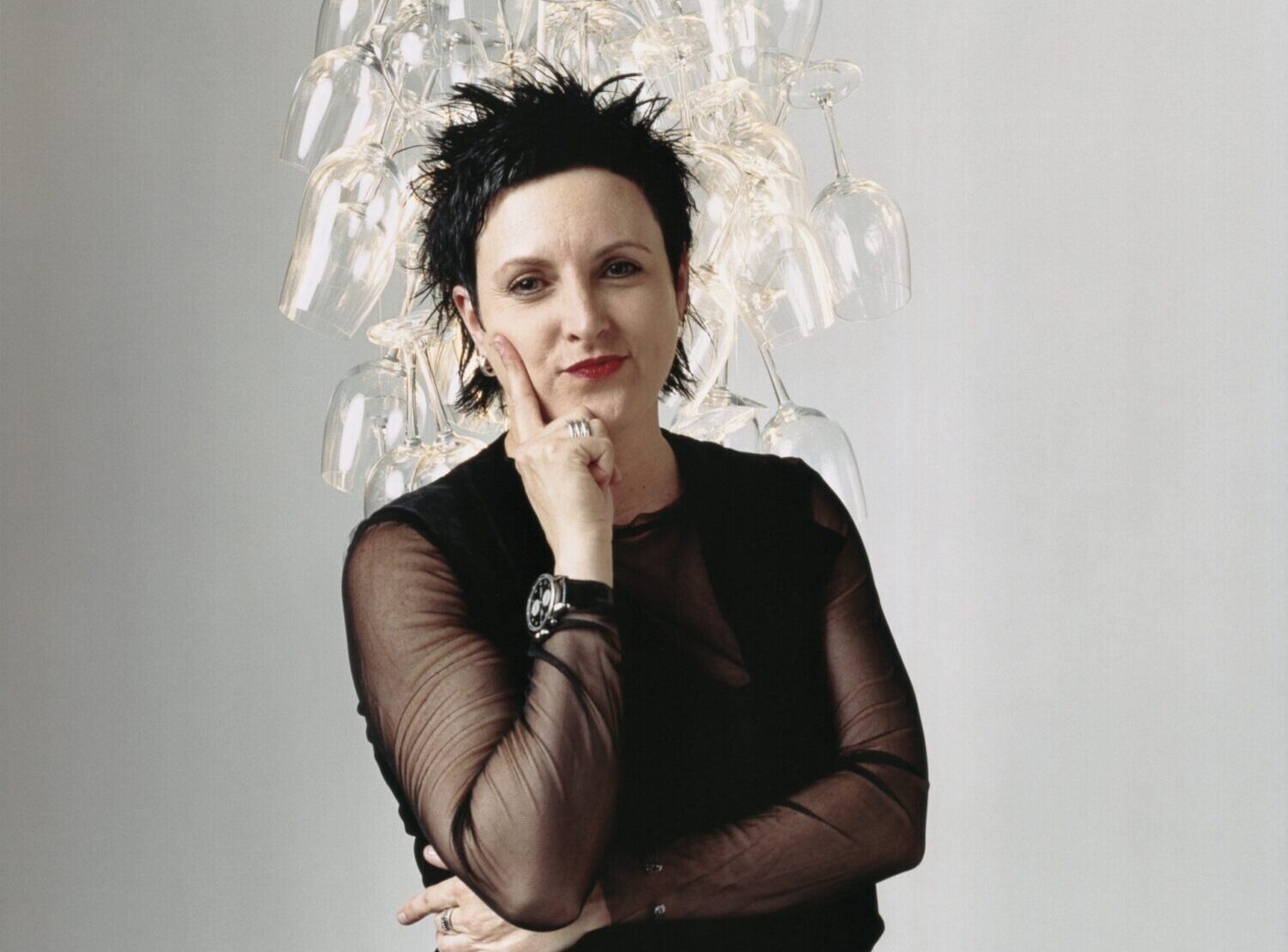 7.27am: “I’m a country girl who just loves the city buzz,” says Lisa McGuigan, as she stands in her pristine apartment overlooking the bottle-green treetops of Hyde Park. The 45-year-old winemaker works out of the three-bedroom, inner-city home she bought off the plan three years ago. “I had no idea what it was going to look like. You take a gamble … but I couldn’t be happier.” Dressed in a black T-shirt and baseball cap, she takes the lift down to the ground-floor gym. Lois, her border collie, bounds after her. It’s McGuigan’s first day at the gym after a five-week break following the removal of her appendix. “I’m only allowed to do a bit of a walk today.”

7.58am: In the wine business, the working day starts and finishes late. “You can’t even call anyone until 10am,” she explains, striding on the treadmill. McGuigan, a fourth-generation winemaker from the Hunter Valley dynasty, launched her independent label, Lisa McGuigan Wines, in October 2011. Her previous label, Tempus Two, operated under Australian Vintage, a company run by her father, Brian McGuigan. “I don’t want to report to a board of directors any more. I’ve decided to go out on my own.”

8.25am: Today, McGuigan is without her regular assistant, so she has enlisted the help of Troy Brennan, her friend and hairdresser. In the guest bathroom, Brennan sets up a mini-salon and starts styling McGuigan’s short, jet-black hair. “The wine industry is always seen to be male-dominated,” says McGuigan, who works in collaboration with her friend, the Hunter Valley-based winemaker Liz Jackson. “I’ve worked mostly with female winemakers because my demographic is massively female.”

9.35am: Over eggs at Darlinghurst cafe Quattro Passi, McGuigan flicks through her diary and checks emails. “Wine businesses don’t make money for years, so start-up is expensive. It’s difficult without a backer. I’m using my own savings. I had a car collection … it only had one car in it but it was a Bentley. I sold that and I put it into the brand.” McGuigan funds her label’s marketing by putting herself “on the public speaking circuit”. She’s just returned from Perth, where she spoke at a Bankwest conference for small business owners. “I put myself through a corporate performance course because I got asked to do so many speeches. It taught me how to not be nervous.”

10.47am: McGuigan drives to Clear Image Labels, a Rosebery printing factory that helped her develop the trademark pewter labels for Tempus Two. “People went nuts over the pewter label; they recognised the label without having to remember the name.” For the new brand, McGuigan has returned to using a “traditional” paper label. “I’ve gone from being way out there to so conservative.”

11.15am: “Bernie! Hello darling,” she says, greeting her production manager, Bernhard Moser. The wine labels for her second vintage are fresh off the press. There are five varieties: pinot noir, shiraz, pinot gris, chardonnay and pink moscato. “For each vintage I tweak the label, particularly in the first four years. You never get it right the first time,” she says, examining the fine print with a magnifying glass. “I’ve learnt what works and what doesn’t. This is the part I love.”

12.07pm: “I never wanted to do what my dad did,” says McGuigan, driving home. After high school, plans to do graphic design were derailed after she was “shipped off” to finishing school in Switzerland. “I hated it for the first three months … but then I made all these friends. I learnt French culinary. I was a bit shy but by the end I was like the rock star.” McGuigan returned to Australia and enrolled in a hotel management course. Then, in 1990, she lost her younger sister, Vanessa, to cancer. “I have to make sure I come out the end having done everything I want to do because I see how life can be so short.”

12.49pm: Lunch with DJ Lady Tre at Shortgrain restaurant in Surry Hills. “We’ve been talking about doing a wine CD,” says McGuigan, perched on a bar stool sipping a martini and nibbling on chicken wings. “We’re arm-wrestling over what tracks are going to be on it.”

2.40pm: Back at the apartment, McGuigan meets marketing manager Simone Higginson. The pair discuss plans for a wine app that will include tasting notes and a list of McGuigan’s independent stockists.

3.50pm: A quick pit-stop at Rockpool Bar & Grill to deliver samples to sommelier Sophie Otton. “They are looking at my pinot gris. Sometimes you have to dine in a restaurant a few times before they put [your wine] on the list. That’s the secret. I’ll home in on a restaurant and go there until I get the wine in.” McGuigan’s perseverance has paid off: her label is now stocked in “about 100 restaurants and bottle shops” in Sydney.

4.42pm: With the sun fading, it’s off to Hyde Park to walk Lois. As she crosses College Street, McGuigan’s father calls. “My dad always taught me not to back out. He’s a very demanding kind of guy … I didn’t want to be in his shadow but he loves helping me now.”

6.15pm: McGuigan is hosting after-work drinks for friends. “I do drinks more often than dinners,” she says, lifting a bottle of Taittinger Vintage Brut from her fridge. “I have a pretty good life … I’m grateful I’ve found something I’m passionate about. I know how lucky I am.”

Sorry, it looks like we do not support the browser you are using.

We recommend Firefox or Google Chrome.